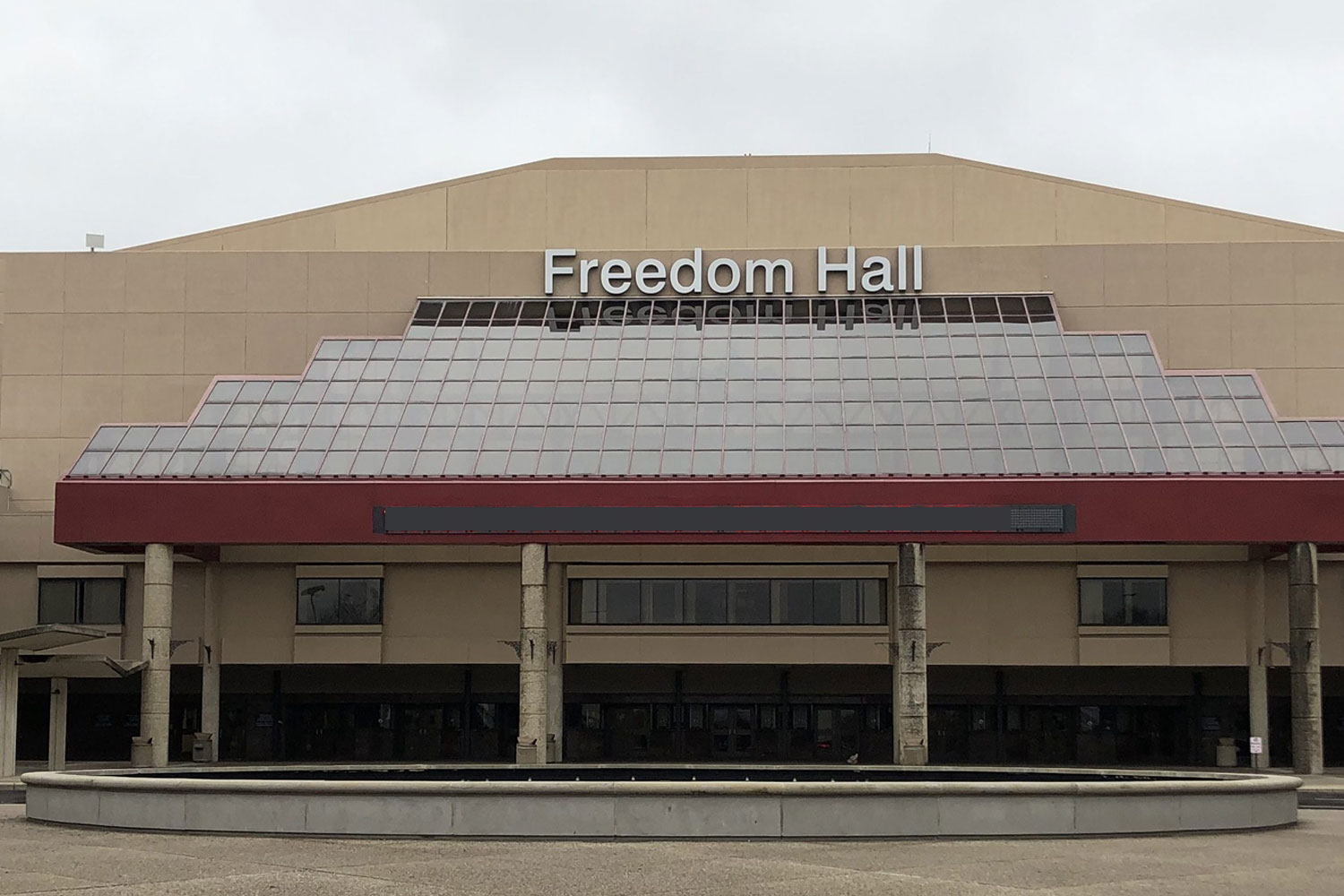 Freedom Hall EIFS Façade Damage repair at the Kentucky Exposition Center. We were to correct failure of anchoring of EIFS system from framing to the EIFS, install new EIFS system in its entirety at the torn out section and refinish the remaining areas of the wall using scaffolding as well as caulk the expansion joints.

KY Center for the Performing Arts